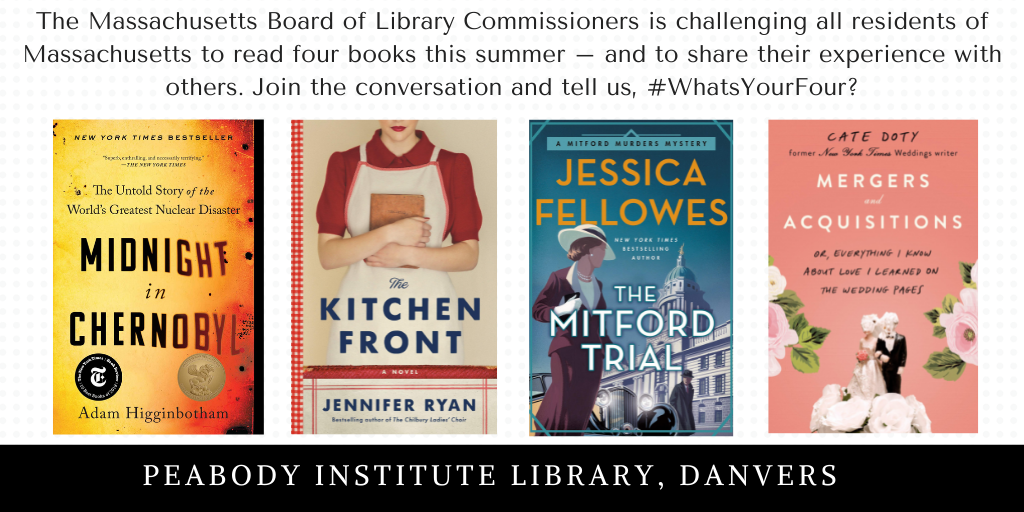 Midnight in Chernobyl – Adam Higginbotham
“Early in the morning of April 26, 1986, Reactor Number Four of the Chernobyl Atomic Energy Station exploded, triggering one of the twentieth century’s greatest disasters. In the thirty years since then, Chernobyl has become lodged in the collective nightmares of the world: shorthand for the spectral horrors of radiation poisoning, for a dangerous technology slipping its leash, for ecological fragility, and for what can happen when a dishonest and careless state endangers its citizens and the entire world. But the real story of the accident, clouded from the beginning by secrecy, propaganda, and misinformation, has long remained in dispute.

Drawing on hundreds of hours of interviews conducted over the course of more than ten years, as well as letters, unpublished memoirs, and documents from recently-declassified archives, Adam Higginbotham brings the disaster to life through the eyes of the men and women who witnessed it firsthand. The result is a “riveting, deeply reported reconstruction” (Los Angeles Times) and a definitive account of an event that changed history: a story that is more complex, more human, and more terrifying than the Soviet myth.”

The Kitchen Front – Jennifer Ryan
“Two years into World War II, Britain is feeling her losses: The Nazis have won battles, the Blitz has destroyed cities, and U-boats have cut off the supply of food. In an effort to help housewives with food rationing, a BBC radio program called The Kitchen Front is holding a cooking contest—and the grand prize is a job as the program’s first-ever female co-host. For four very different women, winning the competition would present a crucial chance to change their lives.

These four women are giving the competition their all—even if that sometimes means bending the rules. But with so much at stake, will the contest that aims to bring the community together only serve to break it apart?”

The Mitford Trial – Jessica Fellowes
“It’s lady’s maid Louisa Cannon’s wedding day, but the fantasy is shattered shortly after when she is approached by a secretive man asking her to spy on Diana Mitford―who is having an affair with the infamous Oswald Mosley―and her sister Unity.

Thus as summer 1933 dawns, Louisa finds herself accompanying the Mitfords on a glitzy cruise, full of the starriest members of Society. But the waters run red when a man is found attacked.

Back in London, the case is taken by lawyer Tom Mitford, and Louisa finds herself caught between worlds: of a love lost, a family divided, and a country caught in conflict.”

Mergers and Acquisitions – Cate Doty“Growing up in the south, where tradition reigns supreme, Cate Doty thought about weddings . . . a lot. She catered for them, she attended many, she imagined her own. So, when she moved to New York City in pursuit of love–and to write for The New York Times–she finds her natural home in the wedding section, a first step to her own happily-ever-after, surely. Soon Cate is thrown into the cutthroat world of the metropolitan society pages, experiencing the lengths couples go to have their announcements accepted and the lengths the writers go in fact-checking their stories; the surprising, status-signaling details that matter most to brides and grooms; and the politics of the paper at a time of vast cultural and industry changes.

Reporting weekly on couples whose relationships seem enviable–or eye-roll worthy–and dealing with WASPy grandparents and last-minute snafus, Cate is surrounded by love, or what we’re told to believe is love. But when she starts to take the leap herself, she begins to ask her own questions about what it means to truly commit…

Warm, witty, and keenly observed, Mergers and Acquisitions is an enthralling dive into one of society’s most esteemed institutions, its creators and subjects, and a young woman’s coming-of-age.”