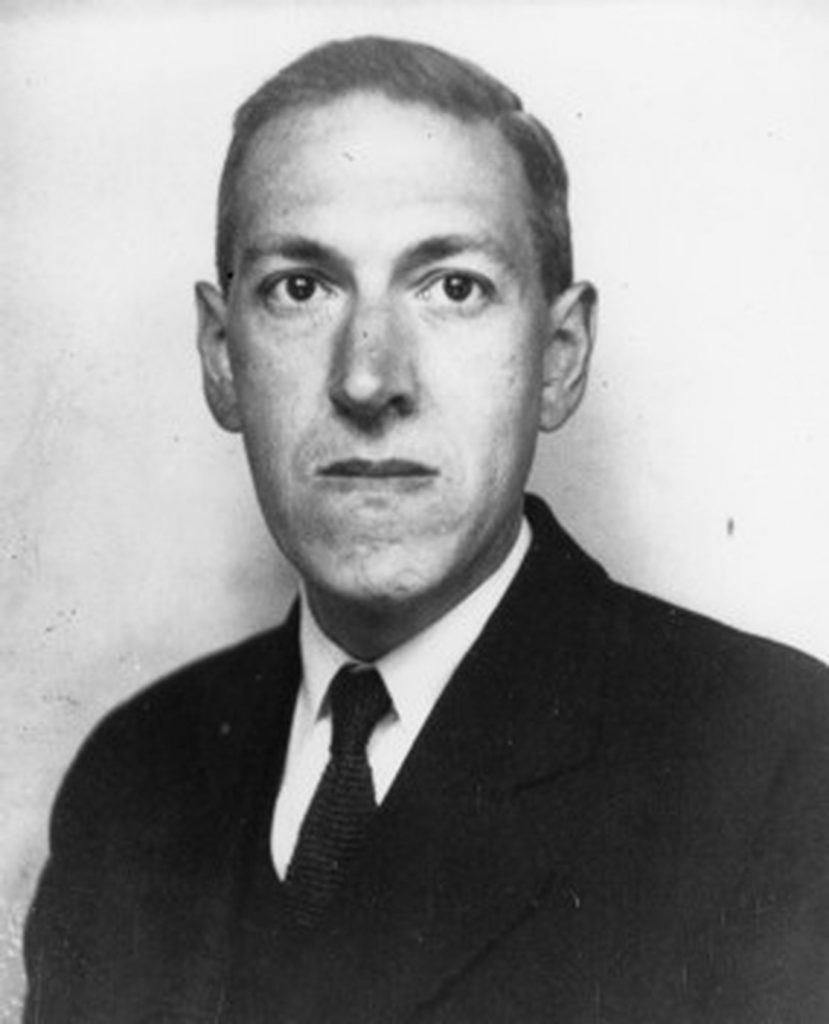 The month of August marks the 127th birthday of New England author H.P. Lovecraft. As an amateur antiquarian, Lovecraft used his passion for local history to merge the travel writing and horror genres. Many of his tales are set in New England, with several taking place on the North Shore. To give his fictional locales an air of credibility Lovecraft looked to Salem, Marblehead, and Rowley for inspiration. Historical events both local and national were used to further reinforce suspension of disbelief.

The fear expressed in his stories was based on cultural shifts in the early 20th century. Lovecraft realized the Edwardian and Victorian values he cherished were becoming obsolete. He envisioned a future where the human race would be scarcely recognizable, and poured that anxiety into his fiction. These stories revealed a universe indifferent to our world. This dread is expressed towards the beginning of The Shadow Over Innsmouth, when the unnamed protagonist views a piece of alien jewelry at the Newburyport historical society.

However, I soon saw that my uneasiness had a second and perhaps equally potent source residing in the pictorial and mathematical suggestions of the strange designs. The patterns all hinted of remote secrets and unimaginable abysses in time and space, and the monotonously aquatic nature of the reliefs became almost sinister. Among these reliefs were fabulous monsters of abhorrent grotesqueness and malignity—half ichthyic and half batrachian in suggestion—which one could not dissociate from a certain haunting and uncomfortable sense of pseudo-memory, as if they called up some image from deep cells and tissues whose retentive functions are wholly primal and awesomely ancestral. At times I fancied that every contour of these blasphemous fish-frogs was overflowing with the ultimate quintessence of unknown and inhuman evil. (Lovecraft 582)

The passage touches on a number of elements Lovecraft utilized in his fiction. First, Lovecraft was disinclined towards established monsters. When such a creature would appear, it would be substantially altered. Lovecraft was imparting a sense of extreme alienation in these stories. Using monsters familiar to his audience would not result in the same feelings of discomfort. Secondly, science is used to explain and acknowledge the supernatural. Horror tropes like black magic were explained in scientific terms. Finally, the cosmos is painted as a vast and unfathomable void. Whatever other being that dwell among the stars are either hostile or unsympathetic.

For those interested in additional information on Lovecraft and his works, The Peabody Institute of Danvers has several biographical and analytical books on his life and literature. 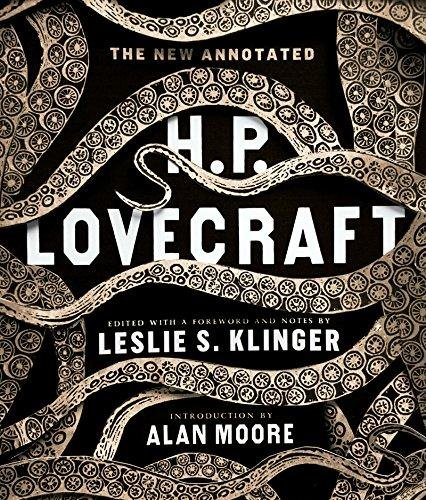 The New Annotated Lovecraft is a penetrating look on a selection of Lovecraft’s work. There are twenty-two stories in all, each accompanied by a wealth of historical and biographical information. The tail end of this weighty book contains several essays written by Lovecraft, such as the “History of the Necronomicon”, a short paper explaining a key component of the Cthulhu Mythos. The New Annotated Lovecraft includes a facsimile of the essay. There is a listing of his fiction and revisionary work. Finally there is an excellent essay on Lovecraft’s place in popular culture, along with a listing of the various media forms his work inspired.

The New Annotated Lovecraft is available at the Peabody Institute of Danvers, or through interlibrary loan. 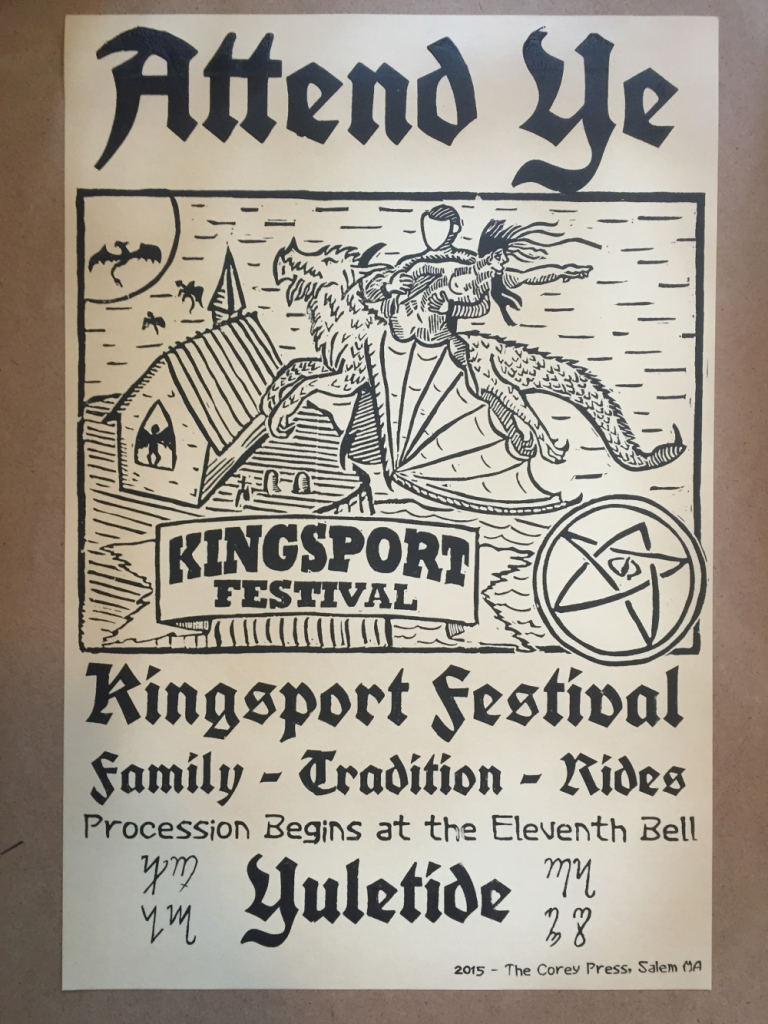 One of Lovecraft’s earliest published stories, The Festival takes place in the sleepy and antique town of Kingsport. Based on Marblehead, this opening passage illustrates his eye for architecture.

Then beyond the hill’s crest I saw Kingsport outspread frostily in the gloaming; snowy Kingsport with its ancient vanes and steeples, ridgepoles and chimney-pots, wharves and small bridges, willow-trees and graveyards; endless labyrinths of steep, narrow, crooked streets, and dizzy church-crowned central peak that time durst not touch; ceaseless mazes of colonial houses piled and scattered at all angles and levels like a child’s disordered blocks; antiquity hovering on grey wings over winter-whitened gables and gambrel roofs; fanlights and small-paned windows one by one gleaming out in the cold dusk to join Orion and the archaic stars. And against the rotting wharves the sea pounded; the secretive, immemorial sea out of which the people had come in the elder time. (Lovecraft 104)

This short story follows a man returning to his ancestral haunts for a Yuletide festival. There he discovers the terrible rites enacted by his ancestors, and the terrible new forms they have survived in. This is common device in Lovecraft’s work. Utilizing established folklore in his narratives and giving it a dark twist.

The Dreams in the Witch House 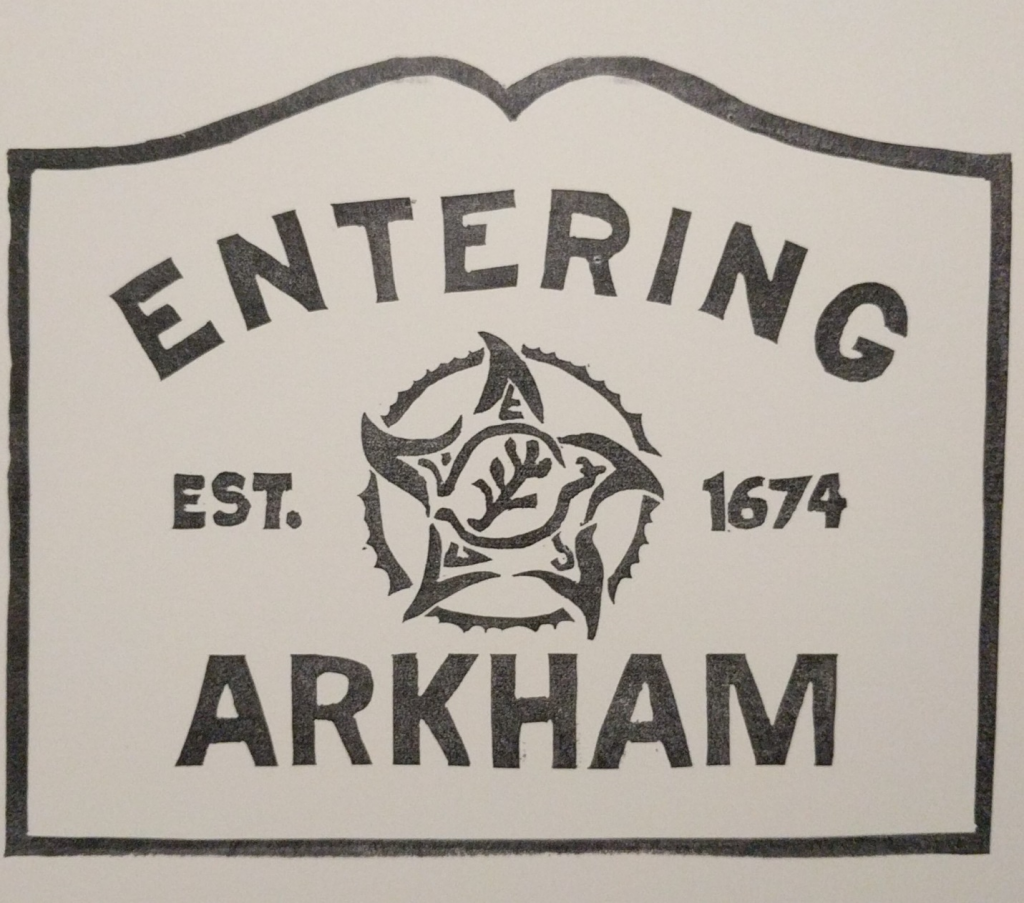 Taking place in the shadowy town of Arkham, The Dreams in the Witch House touches on a number of important themes in Lovecraftian fiction. It strengthens the connection between his alien deities and the New England witch hysteria. So naturally Arkham was inspired by Salem MA. This passage contains the same love of history and architecture, as well as delving into the villain of the tale. Keziah Mason, a centuries old survivor of the Salem witch trials.

He was in the changeless, legend-haunted city of Arkham, with its clustering gambrel roofs that sway and sag over attics where witches hid from the King’s men in the dark, olden days of the Province. Nor was any spot in that city more steeped in macabre memory than the gable room which harboured him—for it was this house and this room which had likewise harboured old Keziah Mason, whose flight from Salem Gaol at the last no one was ever able to explain. That was in 1692—the gaoler had gone mad and babbled of a small, white-fanged furry thing which scuttled out of Keziah’s cell, and not even Cotton Mather could explain the curves and angles smeared on the grey stone walls with some red, sticky fluid. (Lovecraft 643)

Within this novella Lovecraft connects magic and mathematics, giving a scientific explanation to the supernatural. The story follows Walter Gilman, a promising student at nearby Miskatonic University. While examining the trial transcripts of Keziah Mason, Gilman notices references to advanced forms of math and physics. After being denied access to Miskatonic’s occult book collection, he obtains lodging in the “Witch House”, Kezia Mason’s former residence. There Gilman experiences a series of terrible dreams that lead to madness and death.

The Shadow Over Innsmouth 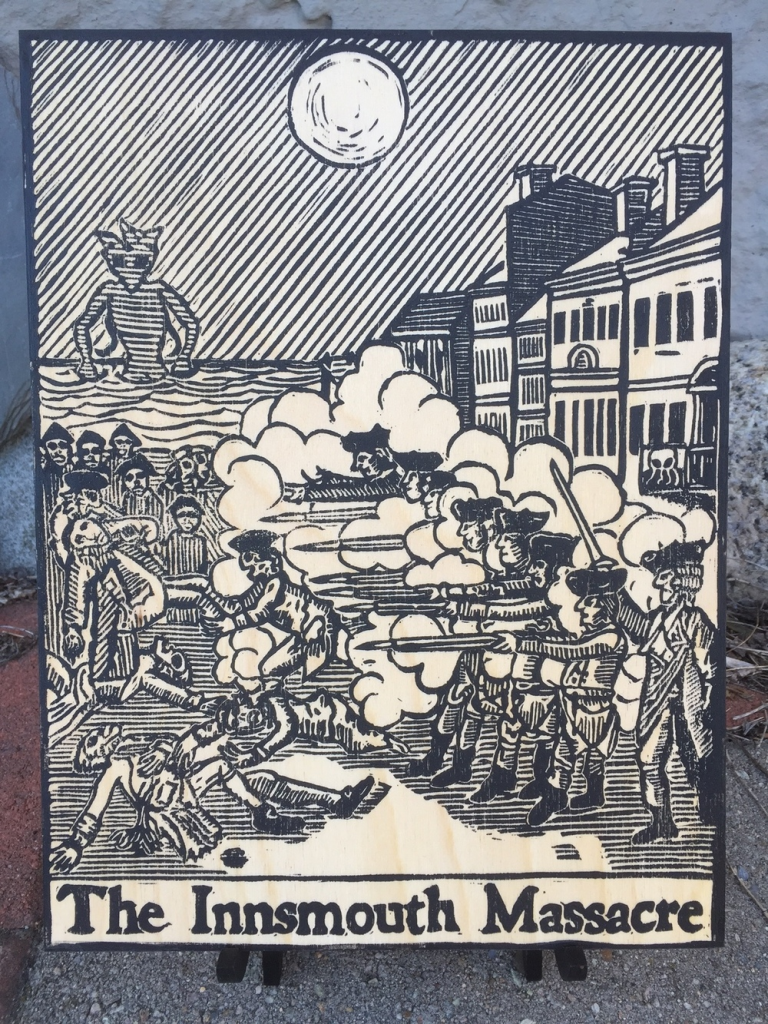 Situated near Rowley MA, Innsmouth is a decaying town with an evil reputation. Sparsely populated, the remaining townsfolk all share peculiar deformities. Lovecraft expresses this physical and moral decay through his descriptions of crumbling architecture.

It was a town of wide extent and dense construction, yet one with a portentous dearth of visible life. From the tangle of chimney-pots scarcely a wisp of smoke came, and the three tall steeples loomed stark and unpainted against the seaward horizon. One of them was crumbling down at the top, and in that and another there were only black gaping holes where clock-dials should have been. The vast huddle of sagging gambrel roofs and peaked gables conveyed with offensive clearness the idea of wormy decay, and as we approached along the now descending road I could see that many roofs had wholly caved in. There were some large square Georgian houses, too, with hipped roofs, cupolas, and railed “widow’s walks”. These were mostly well back from the water, and one or two seemed to be in moderately sound condition. Stretching inland from among them I saw the rusted, grass-grown line of the abandoned railway, with leaning telegraph-poles now devoid of wires, and the half-obscured lines of the old carriage roads to Rowley and Ipswich. (Lovecraft Page 586)

The abandoned railway is nice historical detail included by Lovecraft, and one that further enhanced the local feel of the narrative. Like “The Festival”, this story starts with the narrator taking a heritage tour. His attempts at economy in his trip lead to him to dreaded Innsmouth. Mirroring Lovecraft’s own thrift when it came to travel. If only the narrator sprung for a car rental he would have retained his sanity.

On the surface Innsmouth appeared as just another dying community, but with a curiously productive fishing industry. As the narrator delved deeper a strange and terrible pact is revealed. One that would lead to unwanted revelations about his parentage

Woodcuts courtesy of the Peabody Institute Library of Danver’s own Drew Meger. Other works by Drew can be found on his site: Coreypress.com.