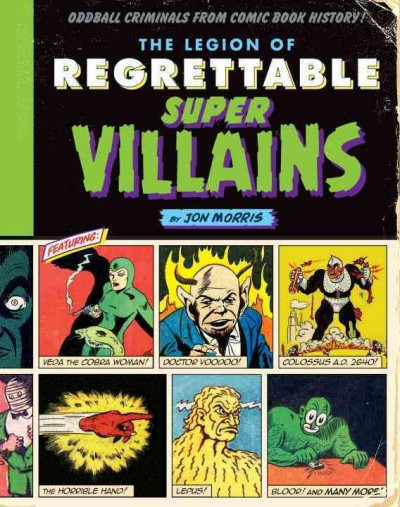 Since the Golden Age of Comics heroes have been plagued by an army of unusual and bizarre foes. Jon Morris has collected the best of the worst in The Legion of Regrettable Super Villains. These rogues are organized by era, running from the Golden Age to Modern Age of Comics. If you are thinking about what to wear for Halloween or an upcoming convention here are a few suggestions. 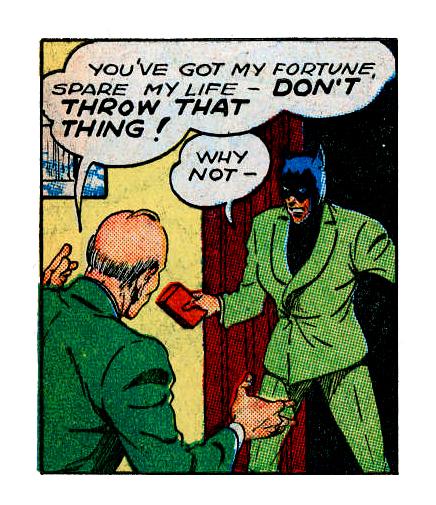 A Brickbat costume is fairly easy to throw together. All that is needed is a Batman mask, green suit, and a foam brick or two (no real bricks please). 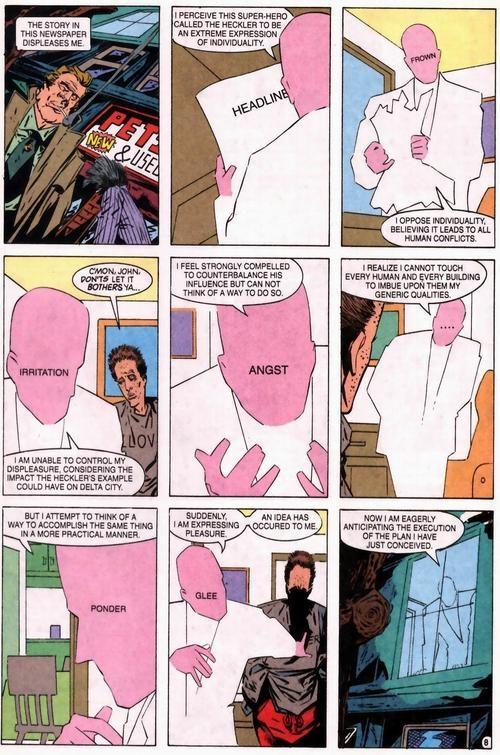 This villain manages to be terrifying despite his generic nature. The Generic Man represents the utter absence of individuality. With a touch people, animals, and objects are rendered into abstract forms under his control.

Like Brickbat, this is an easy costume to put together. A white suit, pink gloves and a mask are all that you need. In order to represent the character’s unique emotive quality, a small dry erase board and marker may suffice.

The Legion of Regrettable Super Villains is available at the Peabody Institute of Danvers or through interlibrary loan.