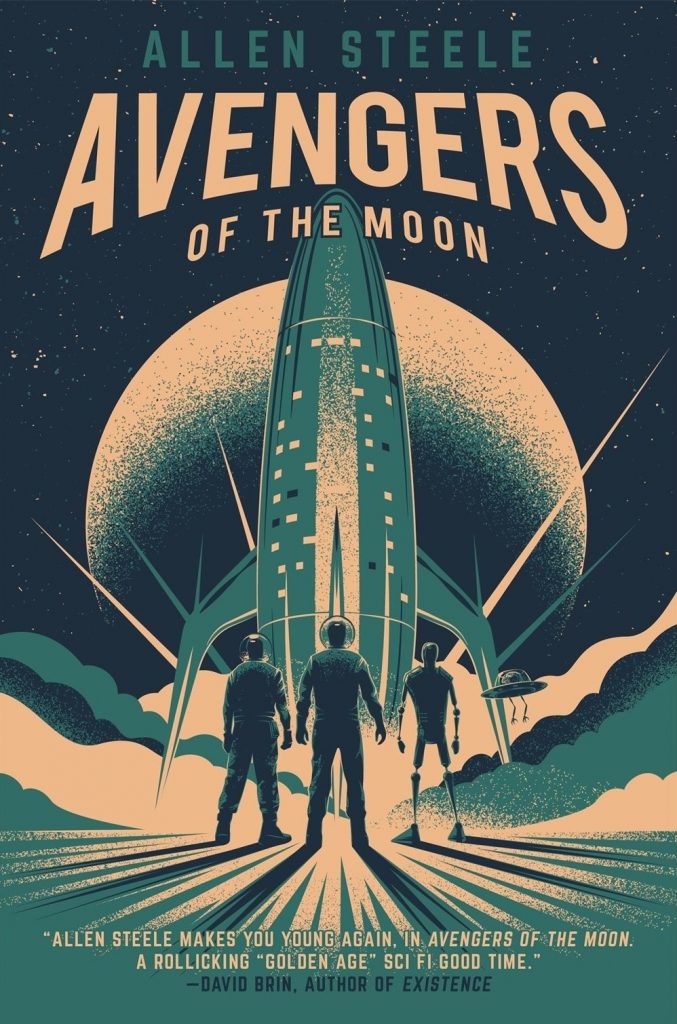 One of my main literary pleasures is pulp fiction, the serialized magazines from the early 20th century. Printed on cheap paper, pulps comprised one of the larger popular literature movements in the United States. At only ten cents an issue the demand for these periodicals far outstripped the supply. While they touched on most genres, pulps were primarily escapist fiction. Thrilling tales of adventure that helped alleviate the ennui of the great depression and horror of war. Captain Future, the protagonist of Avengers of the Moon, first appeared in 1940. Captain Future: Man of Tomorrow was an example of an existing genre pulp given a science fiction spin. The original series is best described as cops and robbers in outer space. Running until the 1950’s, Captain Future has inspired numerous spinoffs, including an Anime series.

Avengers of the Moon is a retelling of Captain Future’s origin. It is the 21st century, and our planet has been rendered nigh inhabitable. Pollution from fossil fuels has melted the ice caps. Earth’s natural resources have been exhausted. The human race is forced to settle among the other planets and moons of the solar system. These harsh worlds are unsuitable for terran life. In order to survive mankind has been genetically altered. By the 24th century branches of humanity emerged, strains adapted to alien climates.

Curt Newton is the product of unusual upbringing. His parents, both brilliant scientists were murdered by a corrupt business man. Curt was raised by a trio of unlikely guardians: The disembodied brain of renowned scientist, a sentient robot, and his parent’s life work; the android prototype they were murdered for. Now Curt must decide whether to pursue the path of justice or vengeance.