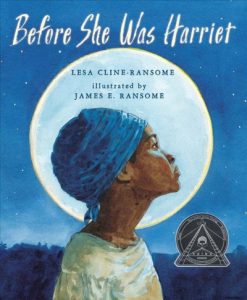 Before She Was Harriet by Lesa Cline-Ransome

In this beautifully illustrated book, Lesa Cline-Ransome tells the inspiring life story of Harriet Tubman. The book reads in reverse-chronological order, starting with Harriet reflecting on her life now that she has grown older. This is a great book for anyone hoping to learn more about such an influential woman, as Harriet was much more than the woman who ran the Underground Railroad. Those looking to immerse themselves in the life and history of a uniquely inspirational woman will find the perfect option in Before She Was Harriet. 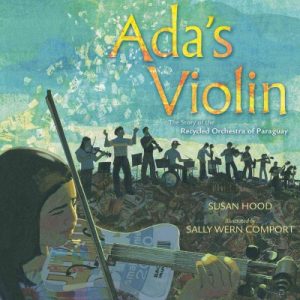 Ada’s Violin: The Story of the Recycled Orchestra of Paraguay by Susan Hood

Many children grow up with the dream of mastering an instrument, but for Ada Rios and the rest of the children living in the small village of Cateura, this is a dream that was unlikely to ever come to fruition. Cateura, located in Paraguay, functions as the dumping ground for the entire country’s refuse. As a result, it is one of the poorest villages in South America. But when Favio Chavez arrived, instead of seeing trash, he saw hope. Along with the children, the villagers and Mr. Chavez worked hard to craft instruments from the trash that plagued Cateura. Together these young musicians became known as The Recycled Orchestra, and went on to become a successful touring musical group. This is an inspirational story not only for those of Latin American descent but for anyone looking to make a dream come true. 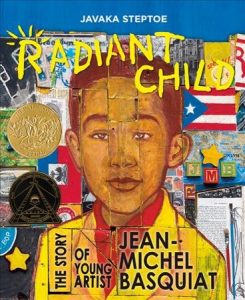 Art has a home in the hearts of many people, but for Jean-Michel Basquiat, it was his entire life. Growing up as a child in the thriving hub of New York City inspired Basquiat to create art in a style that he is uniquely known for now. His mother encouraged his artistic freedom by taking him to museums and encouraging him to never give up on his drawings. The illustrations within the book only help to add to the story of this famous artist, as Steptoe took the time to create each image in the style of Basquiat himself. For an inspirational story about never giving up on one’s dream, you only need to turn to Radiant Child: Jean-Michel Basquiat by Javaka Steptoe. 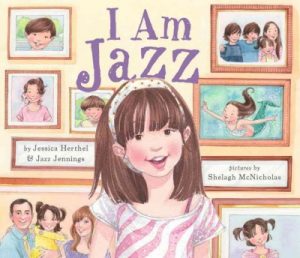 I Am Jazz by Jessica Herthel & Jazz Jennings

Figuring out who we are at a young age is a difficult task to surmount. But it can be infinitely harder if you grow up realizing you were born in the wrong body. For Jazz, she knew from a very young age that she was a girl, even if biologically the Doctor said otherwise. Though Jazz endured teasing from classmates who were unwilling to understand her, she did make friends and found acceptance through the warmth and kindness of her family. Now Jazz wants other kids to know they aren’t alone if they feel the same way. This book features little in the way of actual text, but the imagery helps to take the reader through Jazz’s journey step by step in the hope that anyone reading this will learn acceptance or will better understand themselves or their child. 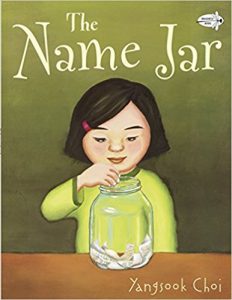 The Name Jar by Yangsook Choi

Anyone who has ever been the new kid at school understands what an anxiety ridden journey it is to undertake. But imagine being from a new country as well, with a name that has always seemed beautiful to you, but now makes you feel like you don’t belong. For Unhei, this is her reality. After starting at a new school, Unhei begins to realize that her name is not like that of her classmates and so she tells everyone she has yet to pick a name. Her classmates take it upon themselves to create a jar where they begin to suggest names for Unhei. However after learning how important her name is to her parents and how it is representative of her culture, she finds the help of another classmate who also realized what Unhei’s name means to her. With the help of her new friend, Unhei chooses her own name and helps everyone else pronounce it. In a world where many people have names that are different but so special, it is important that children learn the lesson of equality and of respect for other cultures. 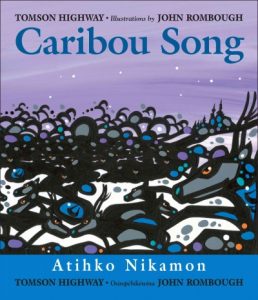 In this beautifully illustrated folk tale, two brothers journey through the frozen plains of Manitoba to look for elk. While one brother plays an accordion-like instrument, the other brother sings and dances as they both hope to bring the elk directly to them. Their calls work and the boys find themselves swept away on a journey unlike any other. The picture book is written both in English and in Cree to give the reader a better sense of how people in Cree tribes speak with one another. 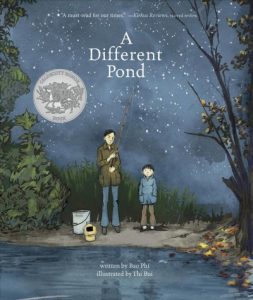 A Different Pond by Bao Phi

A Different Pond by Bao Phi is an illustrated tale of a family that has recently moved to the United from Vietnam in order to live a safer and better life away from the turmoil. In this moving picture book, a Father takes his young son fishing not only to spend time with him, but also as a way of helping to feed their family. While they sit there in the early morning hours of Saturday, the son listens to his Father weave tales of his life back home with family that was lost of left behind. This book gives a reader some insight into the life of an immigrant family as both parents have to work day and night to be able to afford a better life for their children. It is an inspirational story and one that gives hope to others out there who are struggling with a new life in the United States. 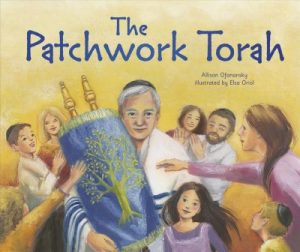 The Patchwork Torah by Allison Ofanansky

We all know a family or an individual that has had things passed down to them over the years. These items often hold sentimental value to that person, and so when something as precious as a Torah is passed down from one Rabbi to another, it means quite a lot. But when a Torah becomes so damaged that it cannot be repaired, it is sent to a Rabbi that keeps the destroyed pieces in the hope that they can one day be used again. In this wonderfully illustrated story, a young Rabbi takes pieces of different Torahs that have survived the Holocaust, a fire, and Hurricane Katrina that were too weak on their own to stand alone, in order to create a ‘Patchwork Torah’. This is an inspirational story of never giving up one’s faith, and one of hope that even pieces that may seem broken can come together to form something whole. 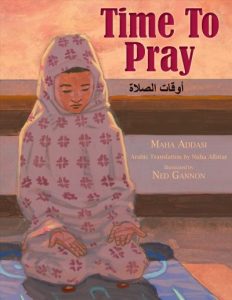 Time to Pray by Maha Addasi

In Time to Pray by Maha Addasi, Yasmin is visiting her Teta who lives in the Middle East. On her first night there, she is awakened by the muezzlin or the call to prayer. Yasmin finds this interesting and asks her Teta to help teach her to pray. Teta brings Yasmin to pick out fabric for her prayer clothes, a special prayer rug, and then teaches her the five prayers that Muslims perform throughout the day. Yasmin is sad to return home but when she gets there, she finds a present from Teta. It looks just like a small mosque and has a bell that goes off five times a day to remind Yasmin to pray. In all, this book was educational and heartwarming. It gives the reader insight into the Muslim religion, while also showing how important family is to the main character. The illustrations were beautiful and added to the story without taking away from the plot, making this book not only age appropriate for children 7+ but also most definitely worth reading. 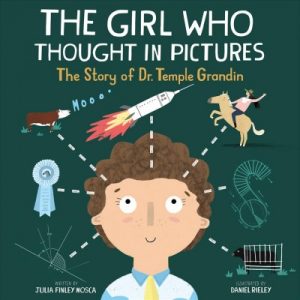 The Girl Who Thought in Pictures by Julia Finley Mosca

The Girl Who Thought in Pictures tells the true life story of Temple Grandin, who was diagnosed with Autism at a young age. Temple was told by doctors and teachers that she would never be smart enough to accomplish anything but she defied the odds and went on to be an inspiration to many. Temple designed more humane farms and got three college degrees before going to work in a male dominated field. Though her doctors predicted that she would never speak, she went on to deliver speeches on her subject matter and on Autism. Temple’s story is important because though she was diagnosed with Autism, she never let it stand in her way. People told her that she would never amount to anything, but she worked hard to prove those people wrong. Her story is important because it shows children both with and without disabilities that they can achieve their dreams if they try. It also teaches children with disabilities that they are not worth less than others just because they are different. As Temple is quoted in the book she is “different, not less,” and I think that is important for anyone who is struggling to remember.