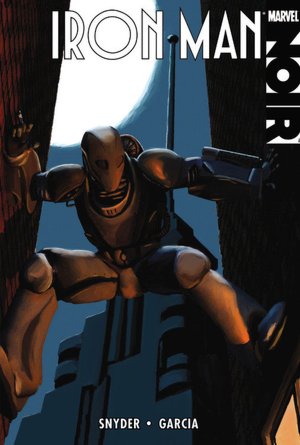 Publisher’s Summary:
“Finally, IRON MAN enters the world of MARVEL NOIR, with an action-packed pulp reimagining like you’ve never seen before! In 1938, Tony Stark is a daring adventurer, traveling the world in search of its mythological treasures and trying to forget the responsibilities of an iron magnate. From the Fountain of Youth to the Hanging Gardens of Babylon, Tony has conquered them all…but only his closest confidants know it’s all one last-ditch effort to cure the disease that is slowly killing him. But someone has been selling out Stark Industry secrets to Count Nefaria and his Nazi sympathizers, and it’s only a matter of time before they catch up with Tony on his latest quest!”

First things first: If you are already familiar with Tony Stark/Iron Man, this story, which finds the self-proclaimed “genius, billionaire, playboy, philanthropist” living large in the late 1930s, will likely prove to be a fun outing, and one that, for the most part, doesn’t take itself too seriously. Tony is still Tony: keenly intelligent, endearingly arrogant and self-absorbed, but heartbreakingly self-aware and, in the end, determined to do right by his friends and the world. Noir distills some of his sharper characteristics, and his baggage is a little lighter in the story presented here, but Tony Stark is never boring, and putting him on the path to finding Atlantis just sweetens the deal.

But what if you don’t know much about Tony Stark or his superhero alter ego Iron Man? All things considered, that may not prove to be as much of a hindrance as you might think, because Noir has a distinctly Jules Verne/Edgar Rice Burroughs nostalgic feel about it that can be enjoyed entirely on its own merits. When it comes down to it, Noir is an adventure story that pits intrepid thrill seekers (or people who are paid to babysit the boss in the guise of intrepid thrill seekers) against bad guys determined to find buried cities and long-lost relics before our heroes can. It’s all very: ‘In the race to find Atlantis, will Tony Stark be able to keep the mythical city’s exhorted power out of the hands of the villainous Baron Zemo? And will he be able to save the dame as well as the day? Find out in the next thrilling adventure featuring Tony Stark and his crew!’ Only the whole adventure is wrapped up in this one installment.

As for the art, take a look: (source) 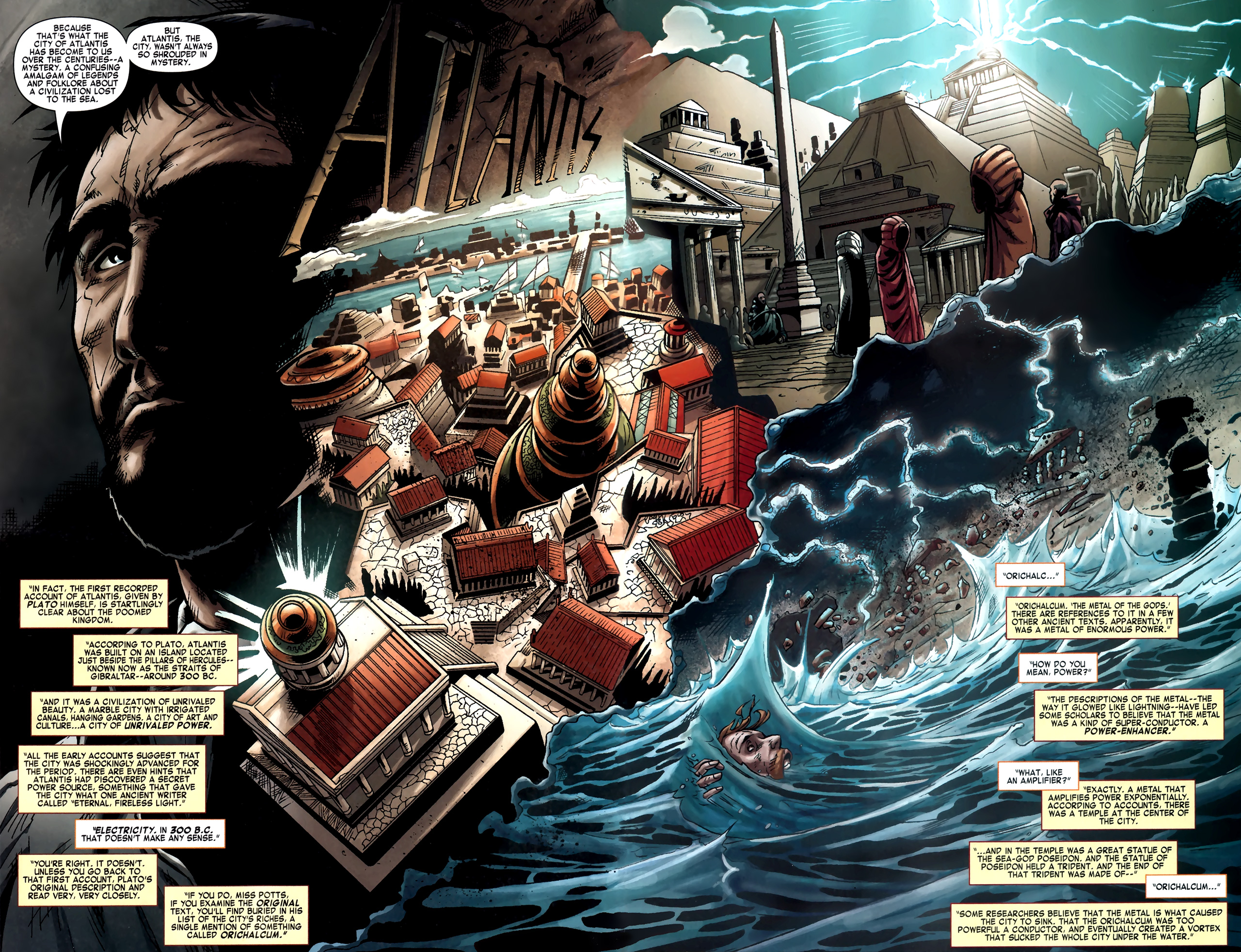 If you really want to get to know Tony Stark, Iron Man Noir isn’t necessarily the best place to start, but if you’re looking for a pleasant diversion you could do a whole lot worse.