“Carry Me Back to Ole Virginny”
Rare Documents in Archives are Returned Home
By
Richard B. Trask 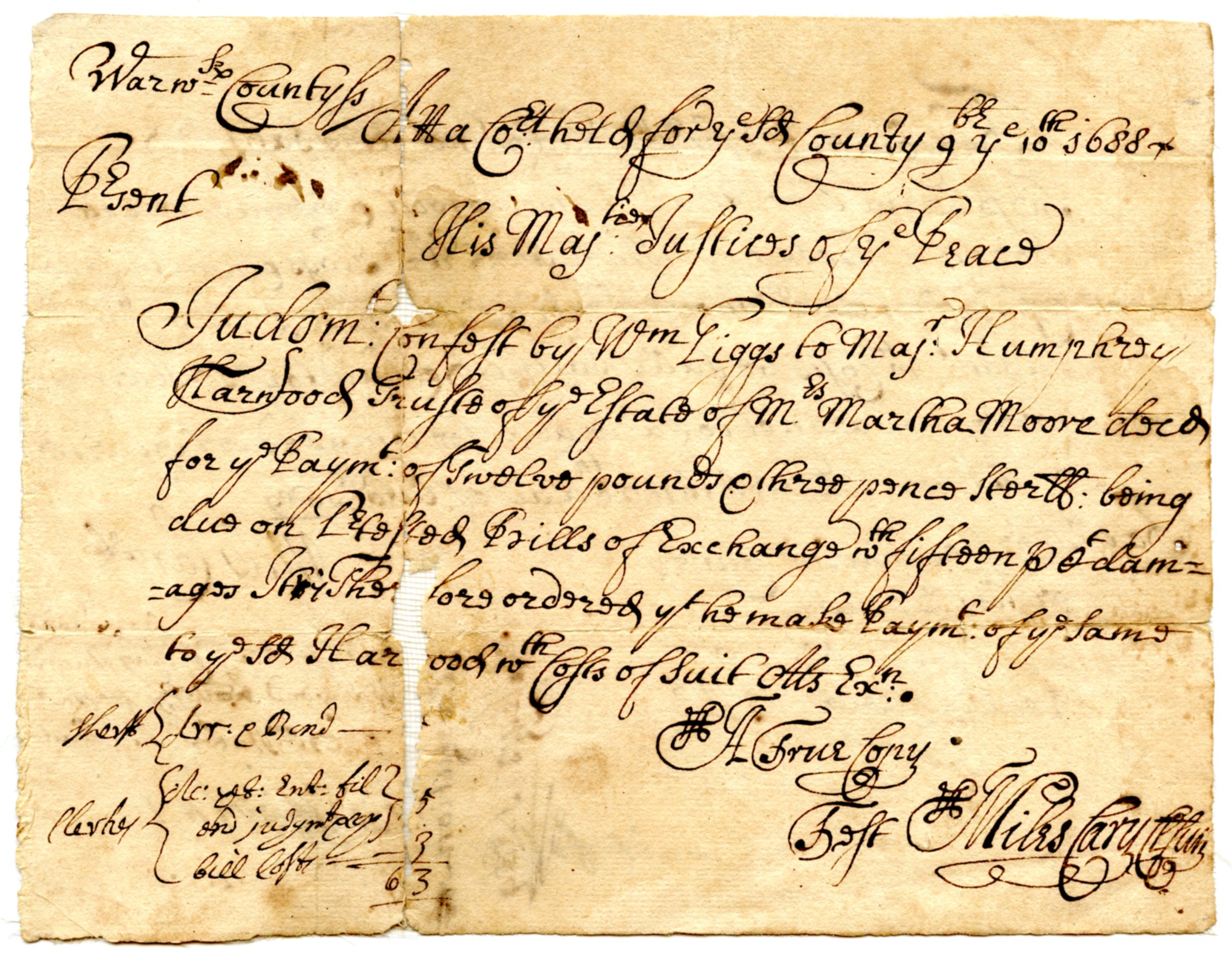 In April 1862, during the bloody American Civil War, a Danvers, Massachusetts officer who was participating in the Army of the Potomac’s invasion of Virginia stole several ancient documents from a Confederate courthouse as a war trophy.

One hundred fifty years to the month after that small wartime souvenir theft, that same group of 17th and 18th century documents was returned to its rightful owners in a ceremony in Massachusetts on April 30, 2012. Carl Childs, Director of Local Records Services of the Library of Virginia, flew to Massachusetts to take physical custody of these early Virginia records from Danvers Town Archivist Richard B. Trask, and return them to the people of that Commonwealth. 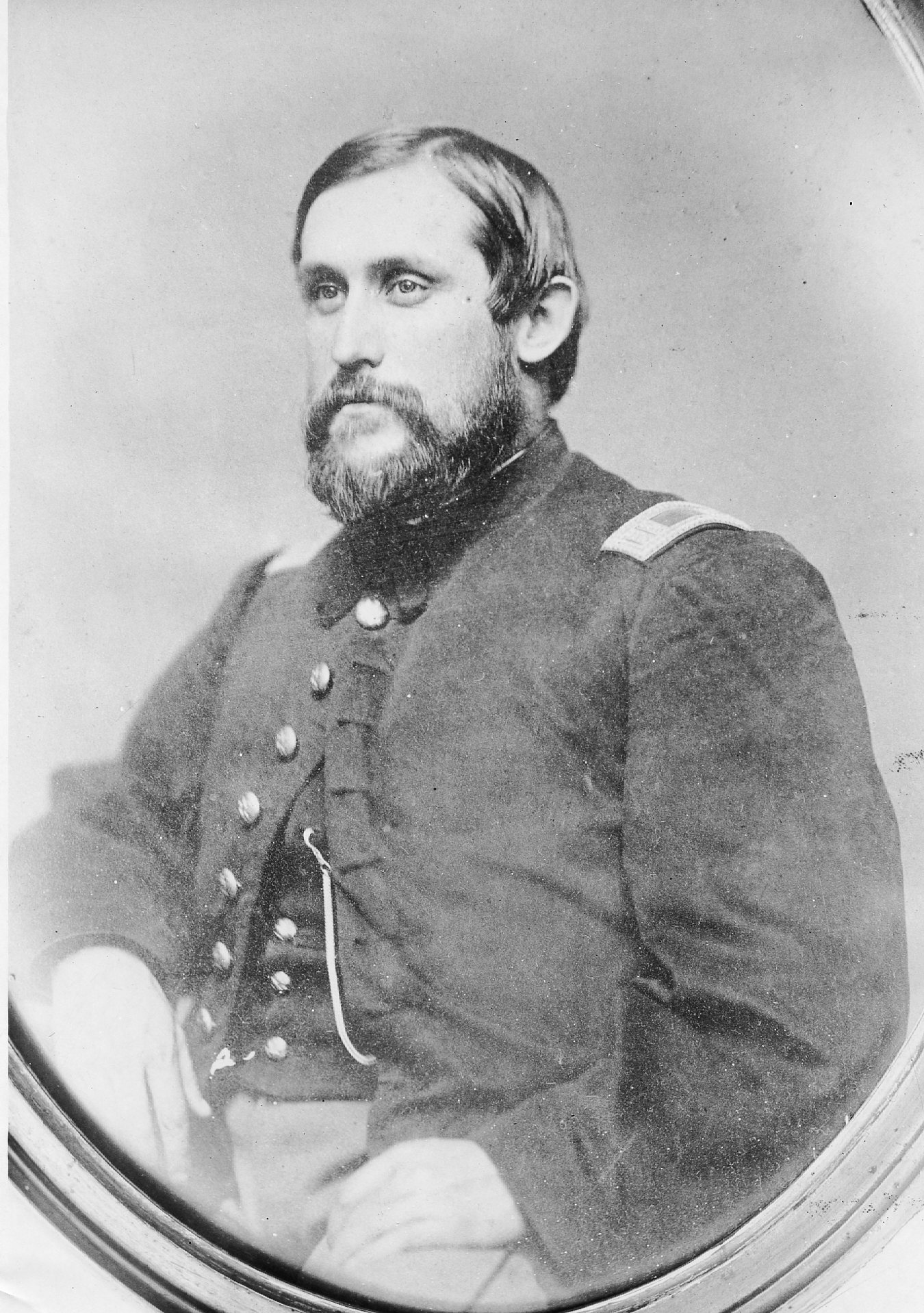 Wallace Ahira Putnam was born in Danvers, Massachusetts on February 23, 1838, in the ancestral Putnam Homestead, noted as being the 1718 birthplace of American Folk Hero and Revolutionary War Major General Israel Putnam. At the outbreak of the American Civil War in April 1861, Wallace, then a 24-year-old school teacher, wrote his mother, “I have fully made up my mind that it is my duty to engage in the service of my country.” In June 1861 Putnam was commissioned a 2nd Lieutenant in Company E of the 10th Massachusetts Regiment.

By early 1862 Putnam’s regiment was participating in the Peninsular Campaign, in which General George B. McClellan’s Army of the Potomac invaded southeastern Virginia, intending to strike at and capture the Confederate capital at Richmond. Operations began in mid-March, and on April 5 the 10th Regiment arrived at Warwick, Virginia, a small hamlet which included a tavern, a small 1810 courthouse and county clerk’s office. Bivouacking in tents in the area for several days, the men lived off the land. While in enemy territory at Warwick, Putnam snatched up as war trophies in and around the courthouse seven early legal documents dating 1688-89, 1717-19 and 1751. The old documents included an arrest warrant, and court and estate papers. 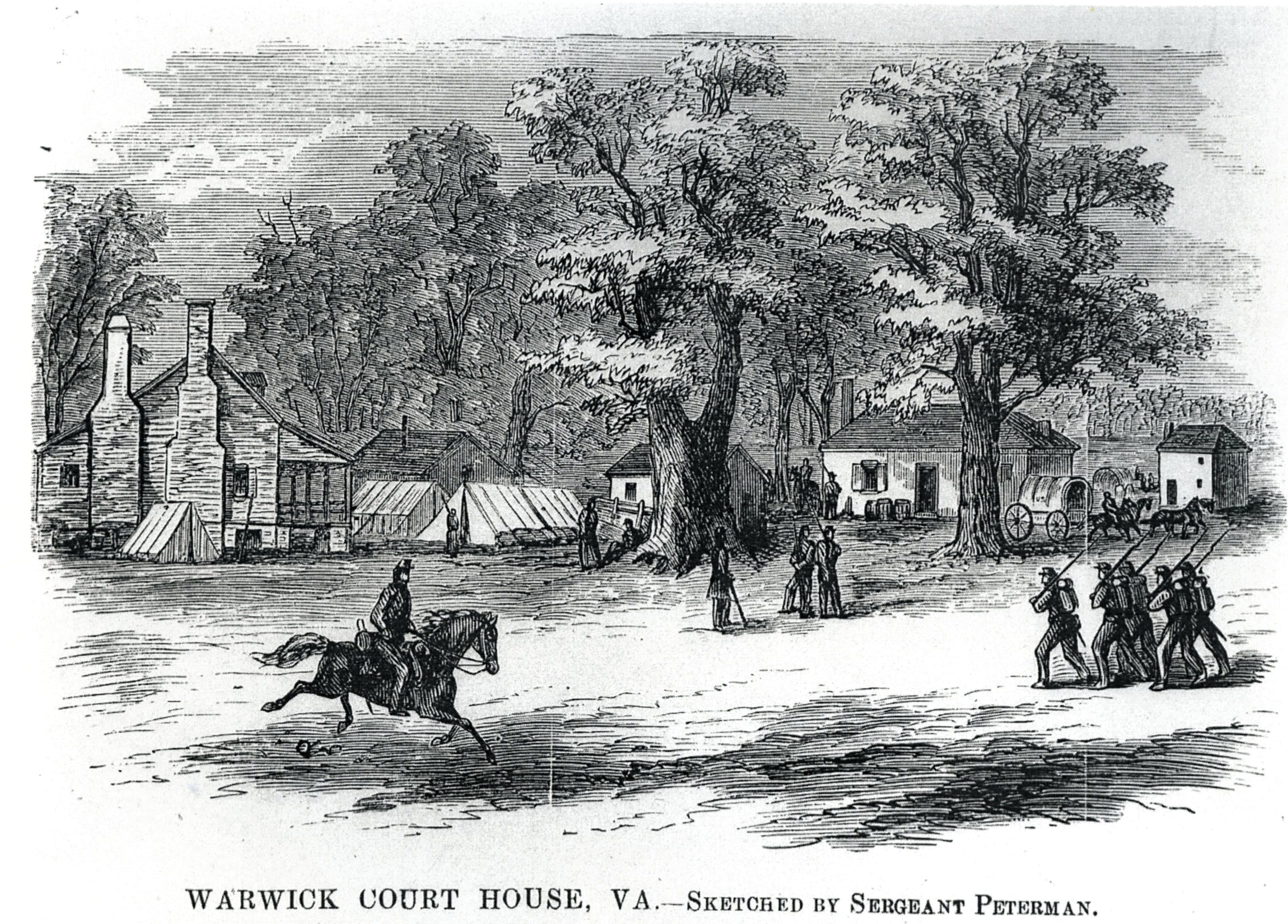 In a letter written home by a Rhode Island soldier who was also at the courthouse in April, the soldier wrote that the clerk’s office, “…was full of books and papers. Some very old ones that had been written long before the Revolution by King George’s officers. A guard was over them but I was lucky and got a handful of deeds.”

In a Putnam family letter recently coming to light and dated May 1, 1862, one of Putnam’s aunts mentioned how Wallace had “sent me some old papers taken from the Warwick Ct. House – one bears the date of 1688.” Over time during the war most of the old county records stored at Warwick County were looted or destroyed.

The Putnams of Danvers were known for their strong Union convictions during the war and possessed a real sense of history. Some of the Virginia documents Wallace had sent home have 19th century mesh repairs on them, which appear to have been made by members of the Putnam family who attempted to preserve these very old documents.

At the end of 1862 Wallace Putnam resigned his commission and received an honorable discharge from his regiment. He had determined to study for the ministry, but by July 1863 felt the tug of service to his comrades and country, and reenlisted in the 56th Regiment. By November 1863 he was commissioned a captain and, beginning in 1864, saw heavy combat in Virginia. On May 24th at North Anna, Virginia he received a sharpshooter’s shot to the head, which Minie ball pierced through his hat. Ordered to take furlough in Massachusetts, Putnam died of his wound on June 20, 1864. His funeral was held on the grounds of the Putnam Homestead and his body was laid to rest in the nearby family graveyard. 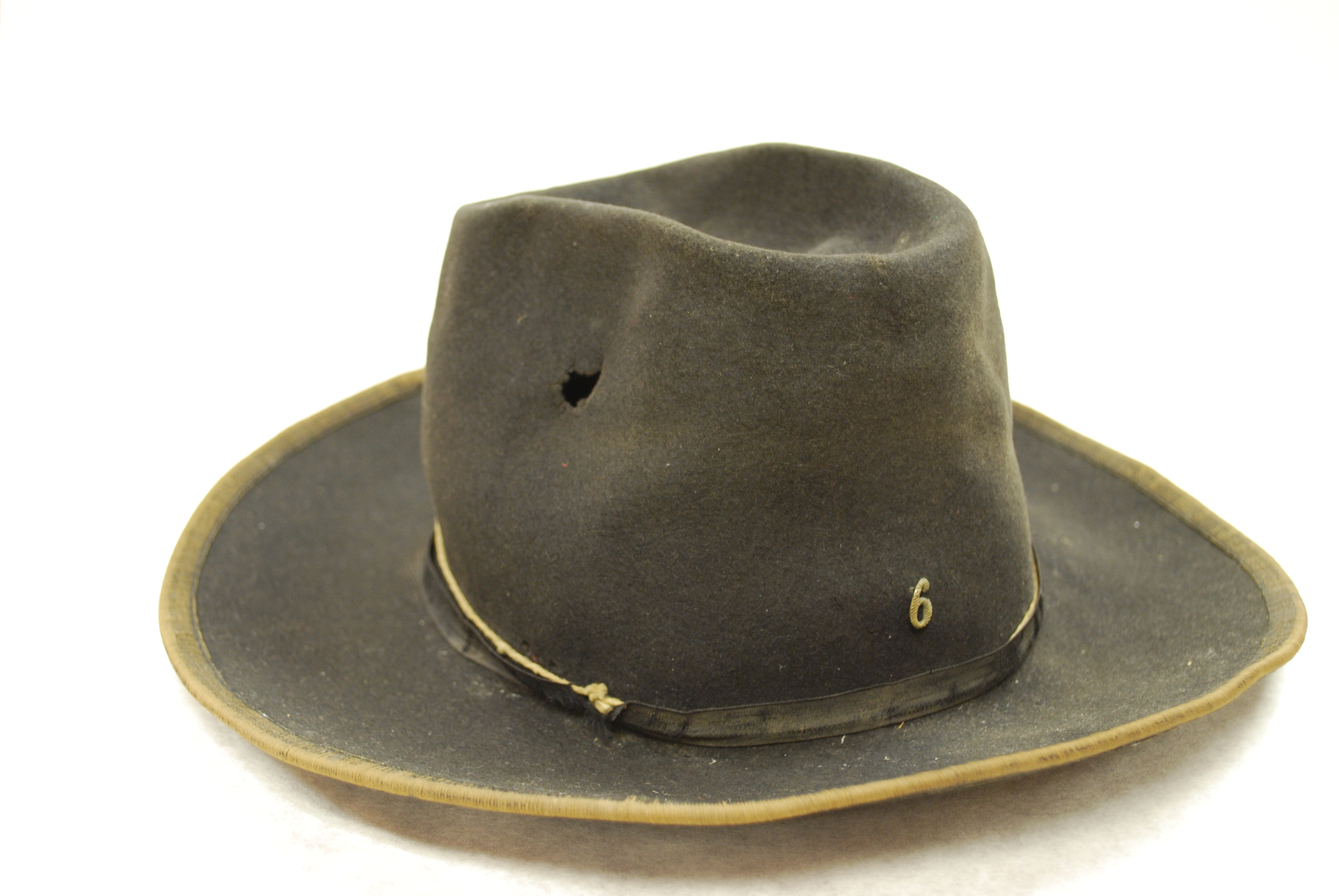 For generations the pilfered Virginia documents were stored with other family memorabilia and eventually all but forgotten. The Putnam family members were typical Yankee New England “keepers,” and their accumulated family papers dating back to the early 18th century included massive numbers. In 1991 the 17th century Israel Putnam birthplace at 431 Maple Street in Danvers, along with its entire family contents of furniture, furnishings and papers, was donated to the non-profit Danvers Historical Society by Putnam descendants Miriam E. Peters and her two brothers, Edward E. and John E. Emerson.

The Historical Society has an agreement with the Danvers Archival Center whereby all manuscripts owned or acquired by the Society are placed on permanent deposit at the Archival Center for processing, cataloguing and preserving, and made available to researchers.

The Archival Center is a department of the town’s Peabody Institute Library. Among the collections at the Archives are municipal, church, organizational and personal papers and records relating to all aspects of Salem Village (former name of Danvers and the location of the infamous 1692 Witchcraft events) and Danvers life from the 17th century until today. As Town Archivist, I try to catalogue the backlog of historic manuscripts within the collection, as time allows.

Several years back I found among the Putnam collection a 1719 letter of administration relating to a Virginia estate. Written on the bottom of the document were the words, “From Warwick Court House Virginia by Wallace A. Putnam.” Knowing that there had to be more to the story, whenever I had some spare time, I attempted further research including learning of the destruction of much of the 17th through mid-19th century public records heritage of Virginia during the Civil War.

After some initial book and Internet research, I wrote to the restored 1810 Warwick County Courthouse in Newport News, Virginia, requesting information they might have about activities there during the Civil War, explaining that several Danvers soldiers saw service in that area. Virginia preservationist Mary Kayaselcuk wrote back a very detailed history of the events of April 1862, in and around Warwick Courthouse and how over time most of the old county records stored there were looted or destroyed by Union troops.

Eventually I discovered scattered among the Putnam family papers seven documents from Warwick County. At the approach of April 2012, I thought there would be no better time to allow these archival estrays, these small bits of history removed from their home one-and-a-half centuries ago, to be finally returned to their rightful owners. I informed Town Librarian Alan Thibeault and Trustee President Mary Beth Verry, and the Library Board about these discovered documents; as well as President Joseph Joslin and the Danvers Historical Society Executive Board, which Society owns the Putnam papers. I also contacted Mr. John Endicott Emerson, the last surviving of the two brothers and sister who originally donated this family collection, about the appropriateness of returning these documents of history. All were enthusiastic to have them returned to Virginia. On February 16, 2012, the Historical Society Executive Board authorized the transfer of the documents back to Virginia.

Librarian of Virginia and State Archivist Sandra Gioia Treadway was contacted. A response arrived quickly. Dr. Treadway wrote “I cannot begin to describe to you how thrilled I am concerning the wonderful news…. Your discovery would be exciting no matter where in Virginia these local records had originated, but their having come from Warwick County (now the city of Newport News), a county that has few surviving records from the pre-Civil War period, makes these documents even more precious.” She wrote of her gratitude for Danvers’s recognizing the significance of the documents and securing the blessings of the appropriate people and agencies to allow the return of “these historic documents to the citizens of Virginia.”

On April 30, Mr. Carl M. C. Childs, Director of Local Records Services and Deputy Coordinator of the State Historical Records Advisory Board flew from Richmond to Danvers. I showed Childs around Danvers, including visiting the Danvers Historical Society properties, and the 17th century Rebecca Nurse Homestead. We also viewed the grave of Wallace Putnam at the ancient Putnam graveyard off Maple Street in Danvers. Society staff Cathy Gareri and Heather King made special arrangements for a luncheon reception for Childs at Glen Magna, with several Society trustees and Peabody Institute Library representatives in attendance. Devin Walsh showed Childs the grounds of Glen Magna and the interior of the McIntyre Summer House, while President Joe Joslin made welcoming remarks at the luncheon. Prior to the transfer event my wife Ethel and I entertained Childs at our ca. 1681 home. 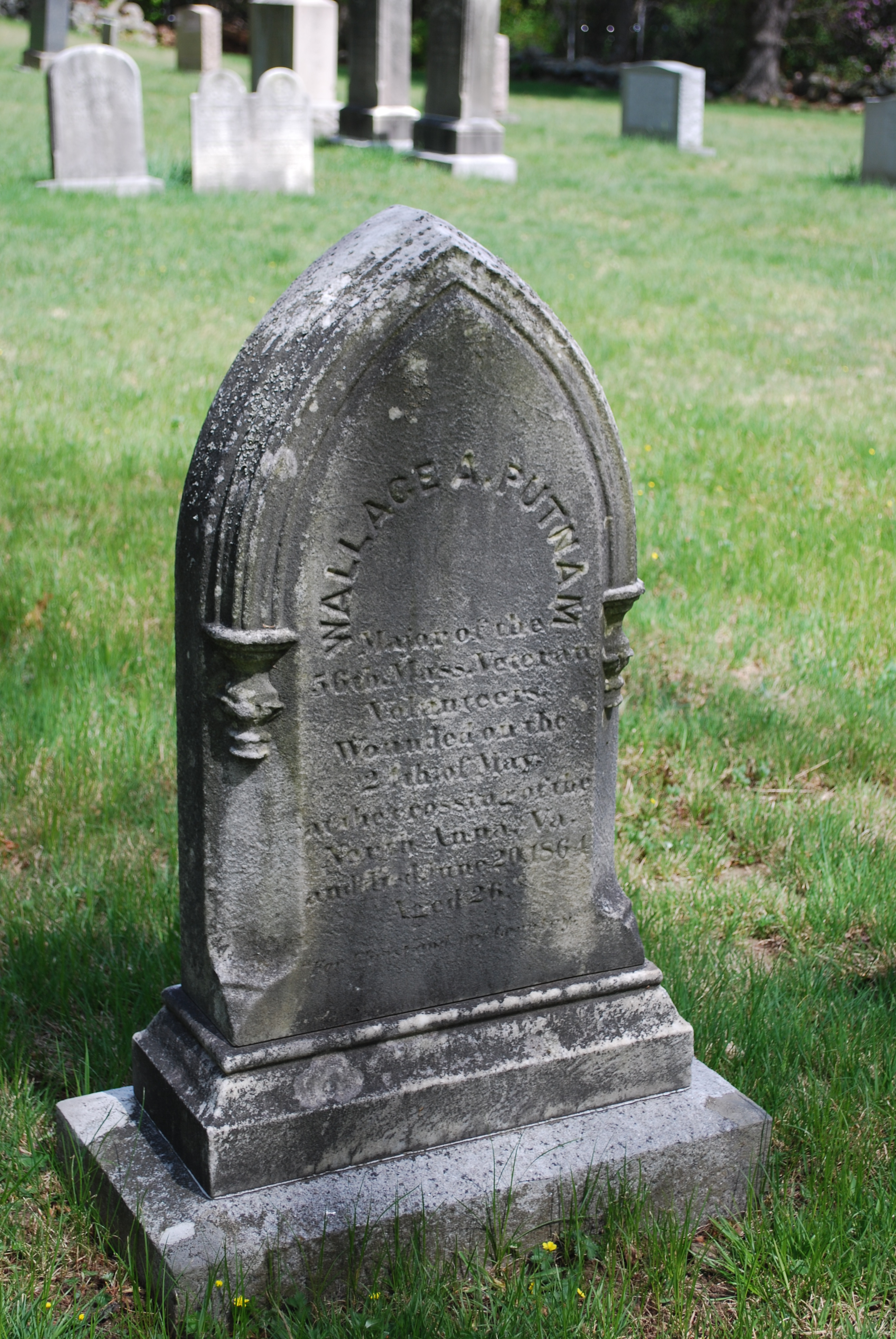 The transfer program was held Monday night at 7:00 p.m. at the Peabody Institute Library, adjacent to the Danvers Archival Center rooms, before an overflow audience. Introductory remarks were made by Trustee President Mary Beth Verry and Society President Joe Joslin. Both Carl and I then spoke about the documents, Putnam, and the state of Virginia’s colonial records following the Civil War. I made note of an irony of history that, if it were not for Wallace Putnam having taken these war trophies in 1862, they would undoubtedly have been destroyed along with all the other county records when the Warwick clerk’s office was burned on December 15, 1864. According to Childs, these documents add by almost 100% the known surviving documents of an otherwise decimated collection of pre-Civil War Warwick County public records. I turned over the documents to Childs, with Galo P. Emerson, representing the Putnam Family Trust, and Verry and Joslin, representing the Library and Society respectively, participating.

At the program the documents were on display, along with several items from within the collections of the Danvers Historical Society and Danvers Archival Center relating to Wallace Putnam and the Civil War. Included among the artifacts exhibited was a beautifully ornate officer’s sword with hand carved ivory grip presented to Putnam in 1863 by the men of his company, together with the hat Putnam was wearing when a sharpshooter shot him in 1864. 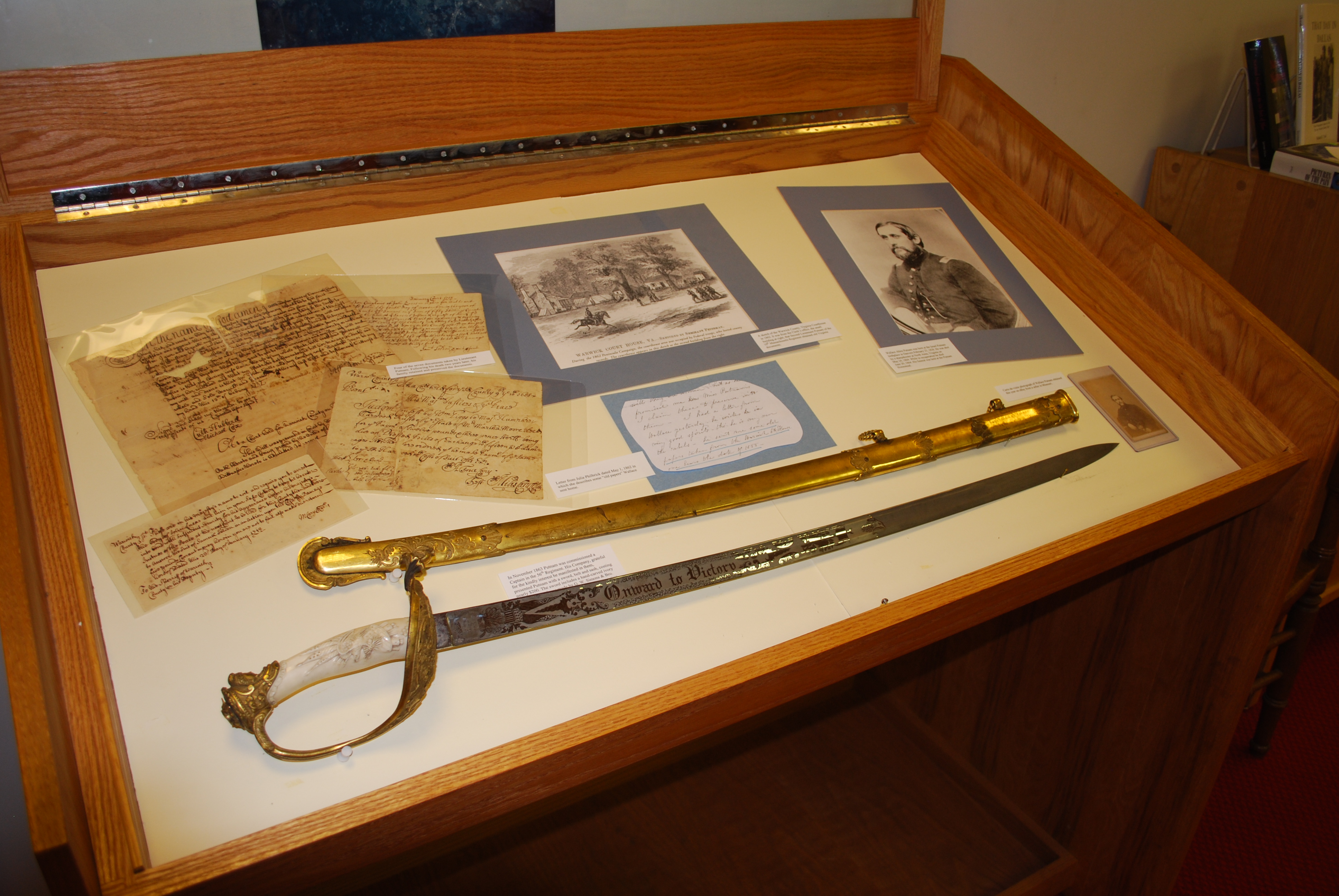 The following day Childs hand carried the documents back with him to the Library of Virginia. Many were excited about the find. Newport News historian Mary Kayaselcuk was quoted in a local paper concerning the find, “I was flabbergasted. It’s just so unusual for any of these lost records to come to light again. It’s a totally unexpected find.” Warwick County Local Records Program Manager Greg Crawford explained in the Newport News Daily Press the significance of this small collection of records: “These aren’t just records of court cases, they’re a treasure trove of history that was lost. You’ve got religious history. You’ve got property rights. You’ve got the case of an African slave being sold like a cow. You can’t get a source more primary than this when it comes to telling what life was like in Warwick County.”

The documents have been cleaned and mended and are being preserved in a custom archival storage box, thanks to the monetary donations of several Virginia organizations, including the United Daughters of the Confederacy and the Warwick County Historical Society. It’s satisfying that these documents are back home in “The Old Dominion.” 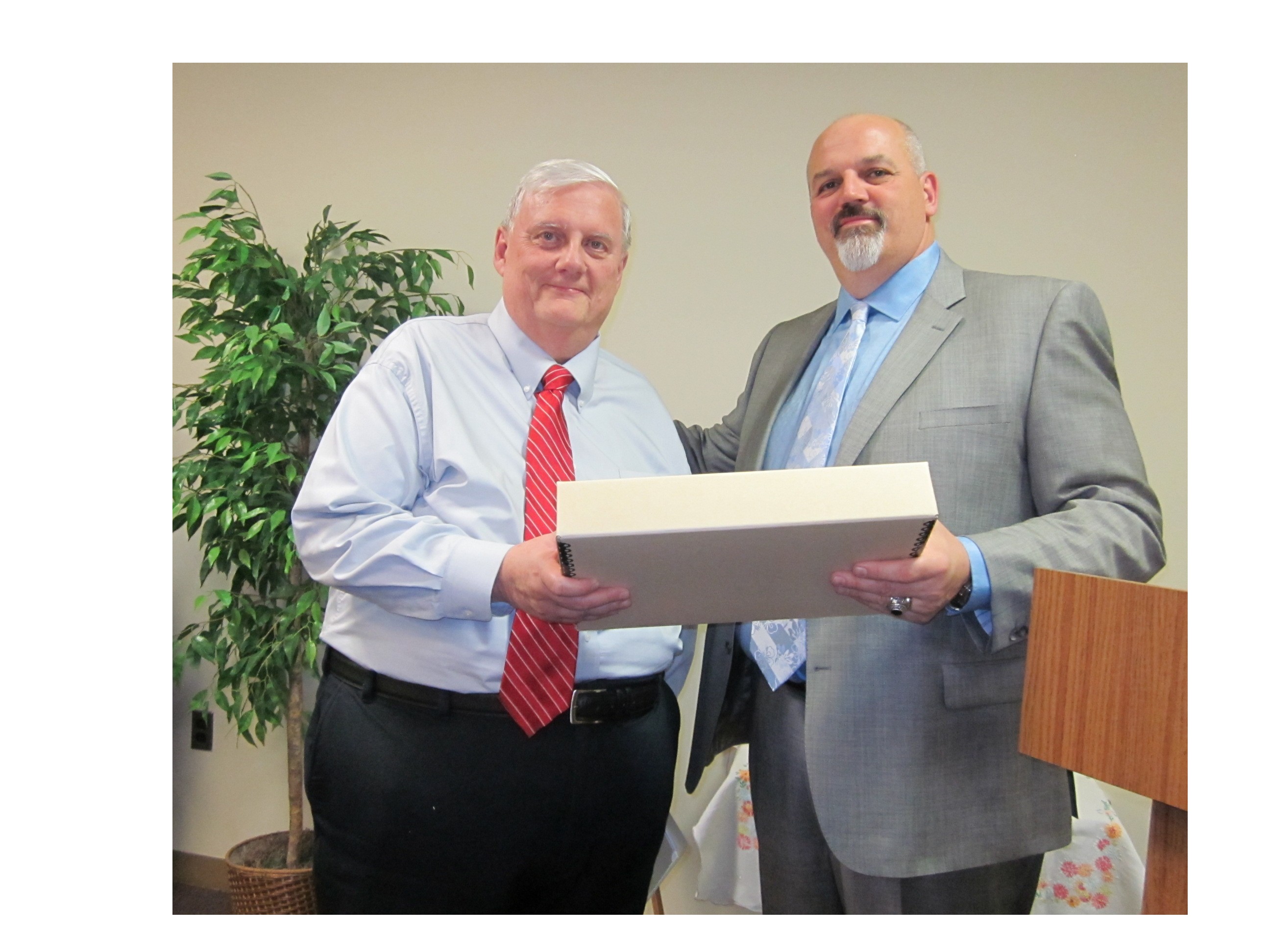