The Witchcraft Delusion
A Brief Guide
By
Richard B. Trask

The first European settlement in present-day Danvers, Massachusetts, was called Salem Village. This village was established in the late 1630s when a group of farmers moved 5 miles from Salem Town to the area now known as “Danvers Highlands.” The inhabitants remained legally part of Salem, though from the 1660s they began petitioning for independence. By 1672 Salem Village became a separate parish at which time they built a meeting house and hired their own minister. In 1689 the village established a covenant church with Rev. Samuel Parris as their new minister.

In early 1692, Rev. Parris’s 9-year-old daughter Elizabeth, 12-year-old niece Abigail Williams, and other neighborhood girls began to fall into horrid fits. Their parents tried to discover what was causing their distress, and village doctor William Griggs gave his opinion that the girls were the victims of witchcraft. Put upon to tell who was causing their afflictions, the girls finally accused three village women, and warrants were sworn out for the arrest of Sarah Osburn, Sarah Good and Parris’s slave, Tituba.

On March 1, 1692, magistrates John Hathorne and Jonathan Corwin conducted an examination at the Meeting House. Sarah Good and Sarah Osburn were separately examined and as they answered the questions put to them, the “afflicted” girls went into horrific fits. To all present, the girls were obviously victims of these women’s witchcraft. Though the two protested their own innocence, Tituba unraveled a confession of meeting with the devil and stating there were still other witches in the neighborhood. This evidence was sufficient for the magistrates, and the three women were jailed. The girls’ afflictions did not abate, however, and still more villagers became “afflicted.” 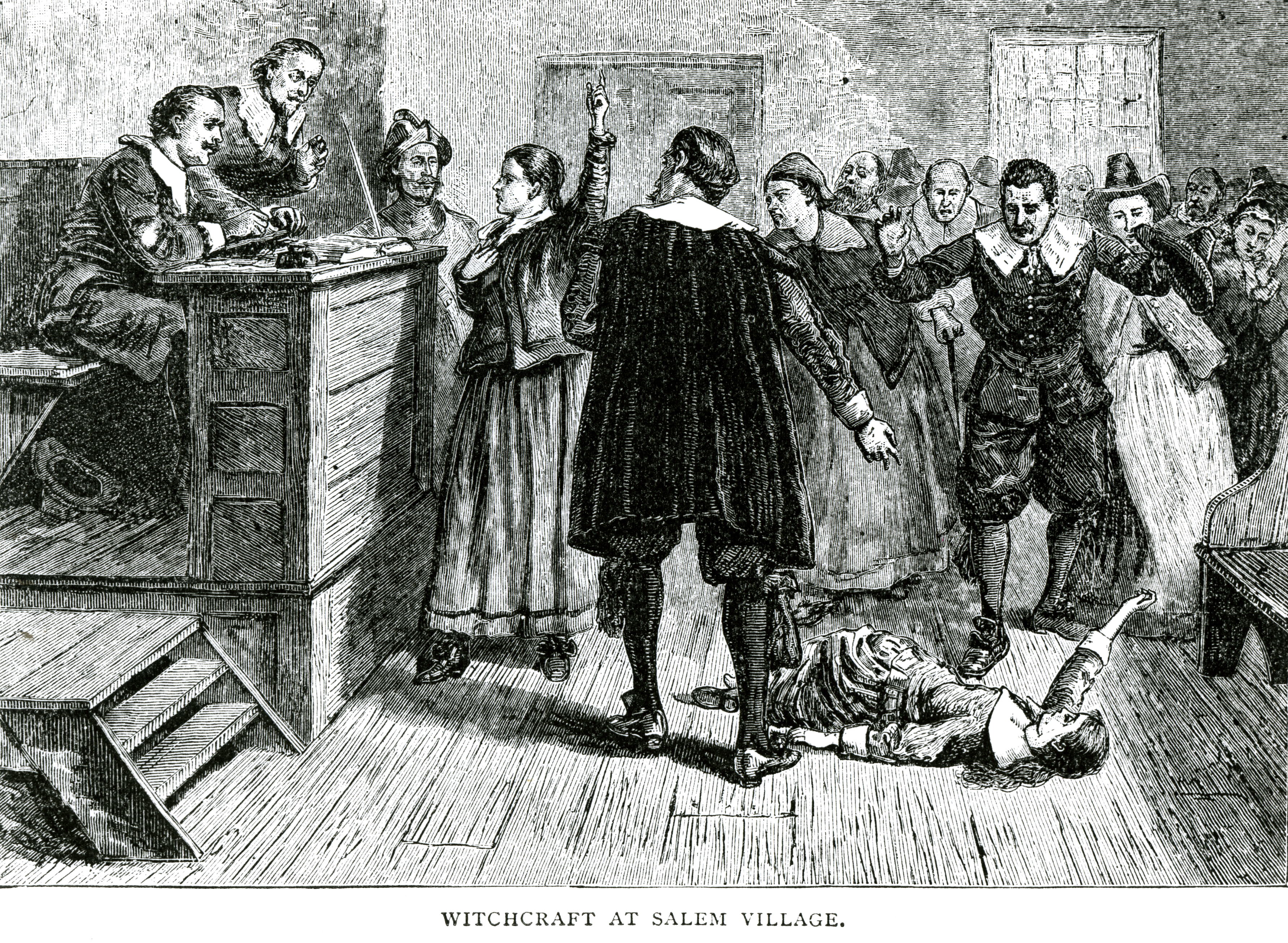 Soon more accusations were made, and by the end of March Church members Martha Cory and Rebecca Nurse were also arrested, examined and jailed. No longer were just the lowly being accused, but people formerly in good standing in the community. By May, scores of “witches,” both men and women, had been examined in Salem Village, and jails were being filled with up to 150 accused persons from many towns including Salem, Topsfield and Andover. Dozens of people under excruciating religious, civil and family pressures found themselves confessing to being witches.

In May, Governor William Phips called a special court to try the cases of those accused witches who had not confessed. Convening in Salem in June 1692, the court quickly condemned Bridget Bishop to death. During July, August, and September, 18 people, including Nurse, Good and Cory were hanged. In addition, one man, Giles Cory of Salem Farms, died under torture. At least 5 others including Sarah Osburn died in jail. By the new year the colony was becoming exhausted with the witchcraft frenzy, and learned persons were speaking against the validity of “spectral evidence” being used in court. When the trials resumed, this former evidence was disallowed and proof was insufficient to condemn any other accused. The witch horror was over. Of the 19 people who were executed during this tragic yet heroic period, 12 came from the Salem Village area, dying rather than confessing to what they had not done.

In 1752 Danvers was officially established as a township separate from Salem. The 1692 Salem Village witchcraft hysteria was a chilling era of our history. Yet its lessons have meaning for us today in that each generation must confront its share of intolerance and “witch hunts” with integrity, clear vision and bravery. 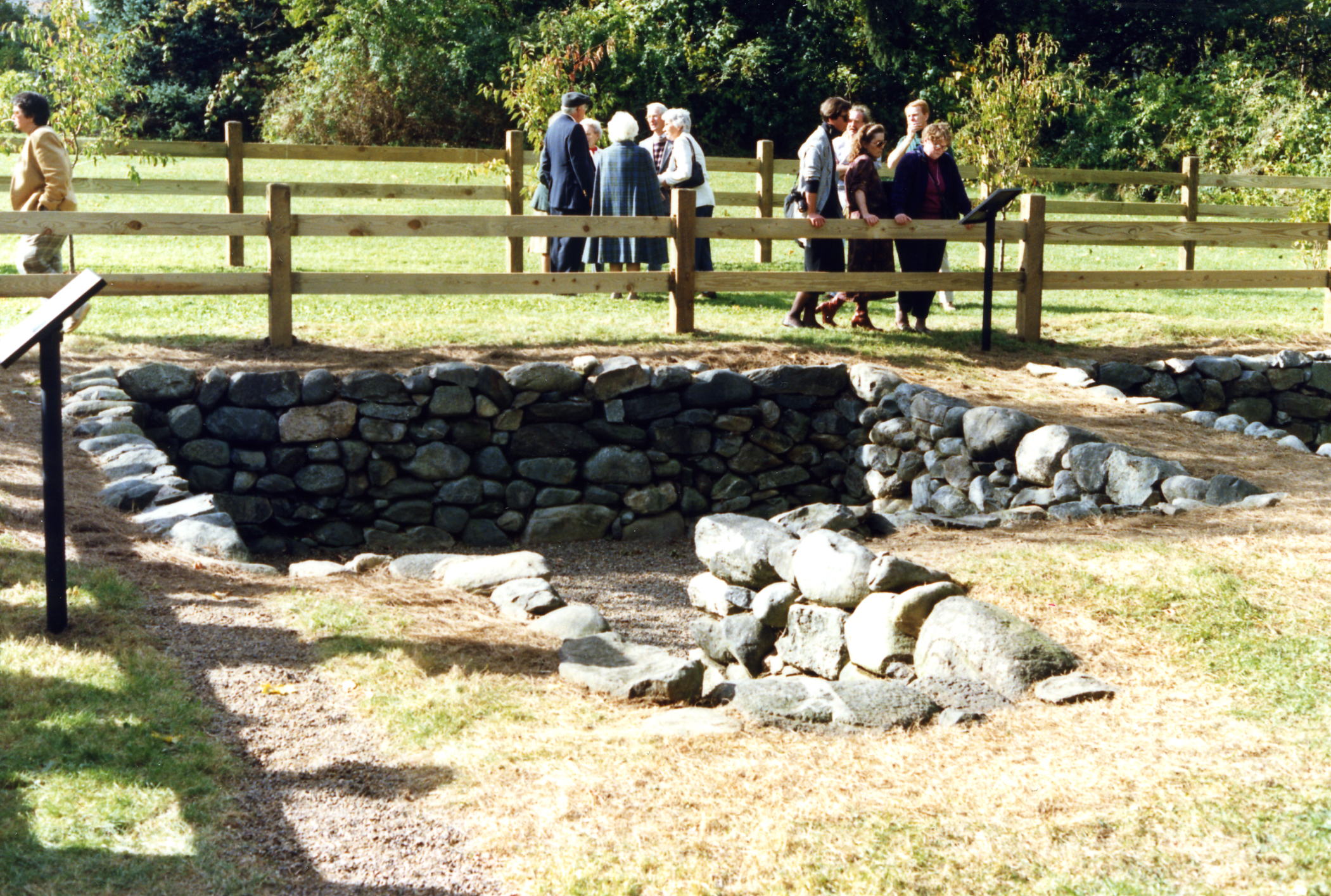 1. Parsonage Archaeological Site. Rear 67 Centre St. Accessible by a cart path, this was the location of the 1681 Village Parsonage. Here lived the Rev. Parris family, and here began the Salem Village witchcraft. The site includes original foundation walls and interpretive signs, and is owned by the Town of Danvers.

2. Ingersoll House, 199 Hobart St. Private House. Though “modernized” in 1753, part of this house was the home and ordinary of Deacon Nathaniel Ingersoll where many preliminary hearings were held.

3. Site of the Salem Village Meeting House. Near corner of Hobart & Forest Sts. Here villagers gathered for religious and civil meetings. It was here that numerous persons including Rebecca Nurse, Bridget Bishop, & John Alden were examined during the witchcraft. Across the street, at 176 Hobart St., is the Witchcraft Victims’ Memorial, which is owned by the Town of Danvers. 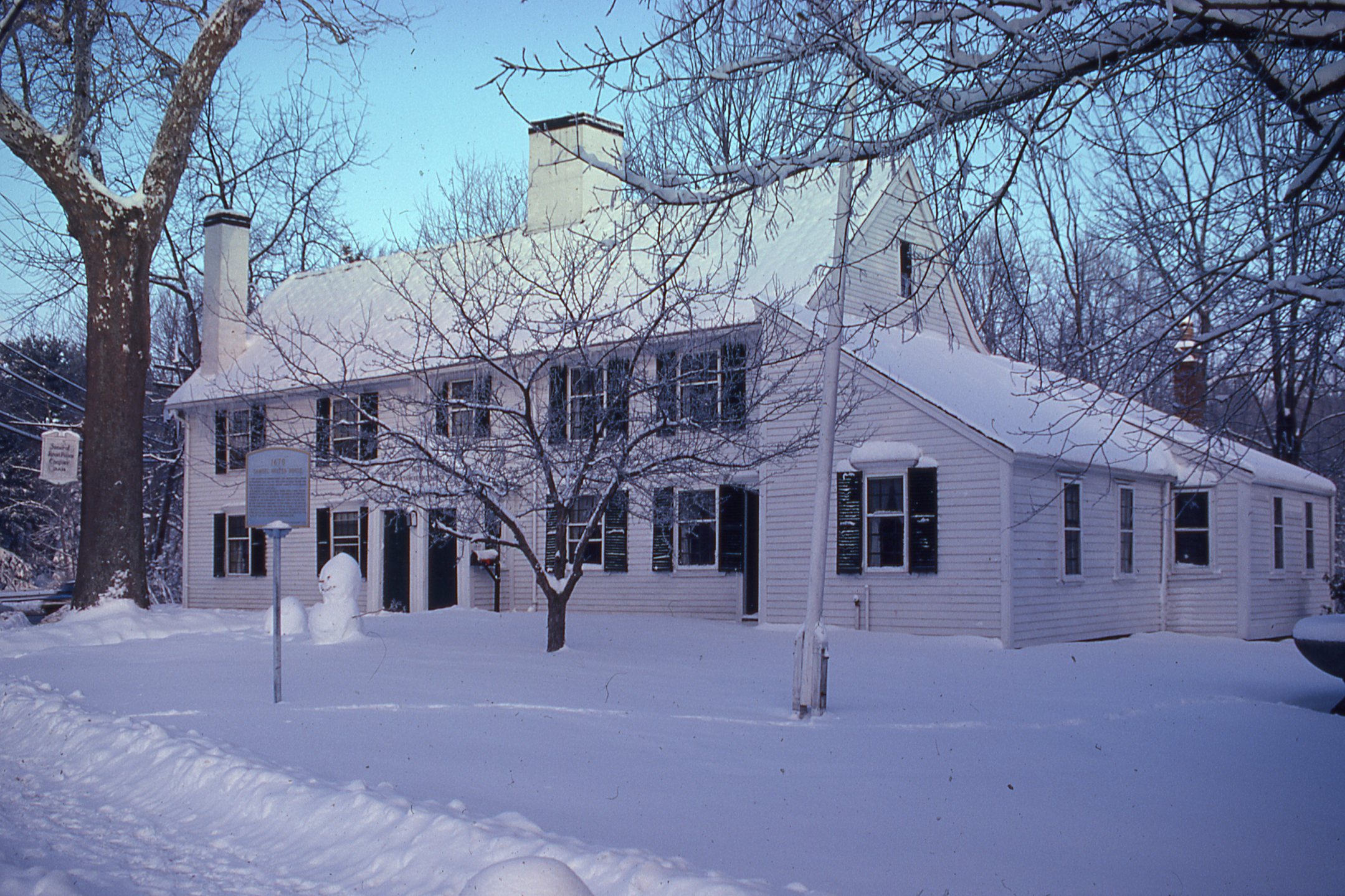 4. Sarah Holten House, 171 Holten St. Owned by the General Israel Putnam Chapter of the D.A.R., this 1670 house was home of a woman who gave damaging court testimony against Rebecca Nurse. 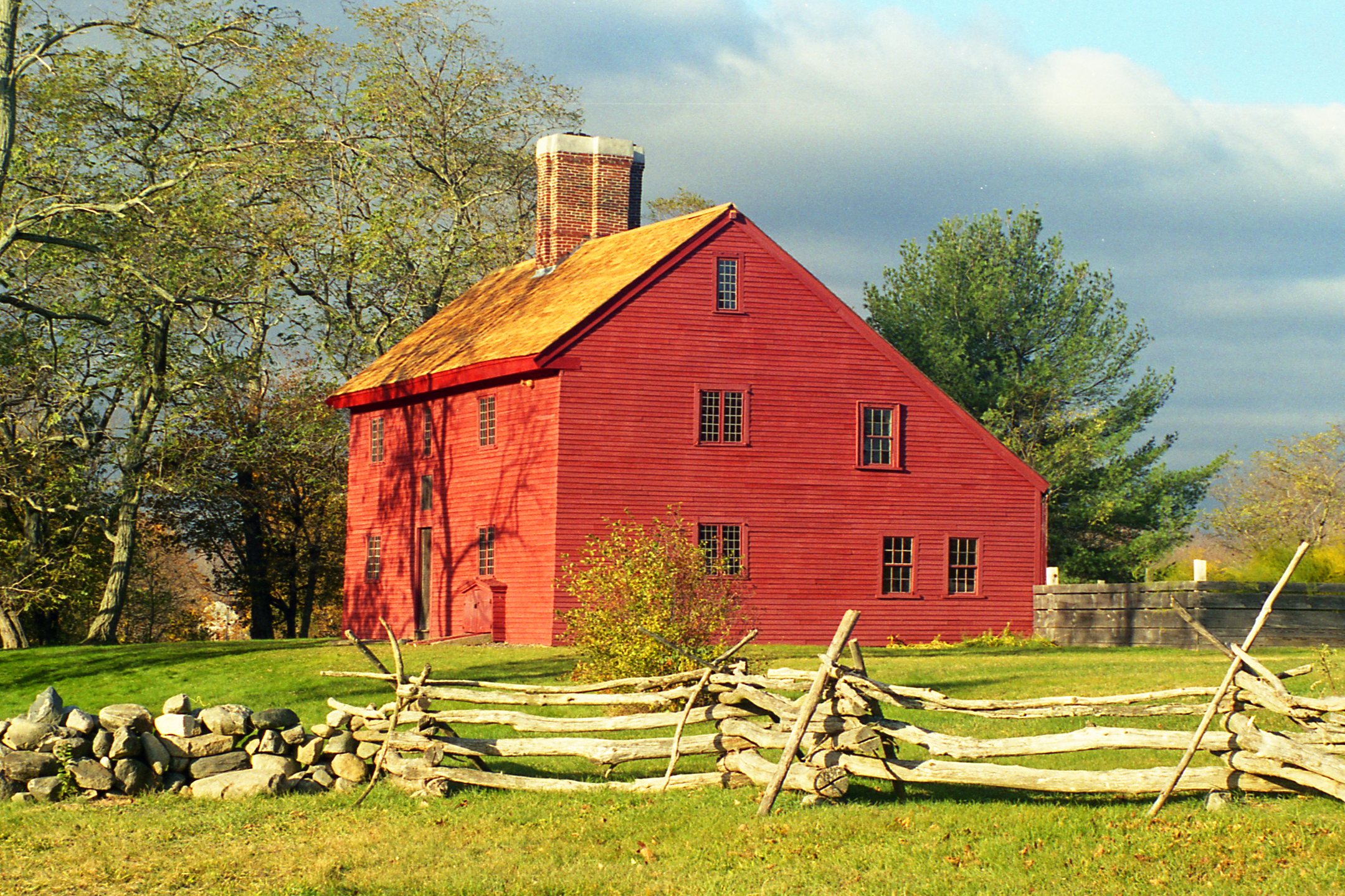 A. Nurse House. This ca. 1678 New England “Salt Box” style First Period house was the home of the Nurse family.

B. Reproduction 1672 Meeting House. Built for the film “Three Sovereigns for Sarah,” this is now used for a 20-minute sound and light program, “The Meeting House at Salem Village.”

C. Zerubabel Endecott House. Reerected here with an exterior facade to look like a barn, this ca. 1681 building features an architectural exhibit and gift shop. 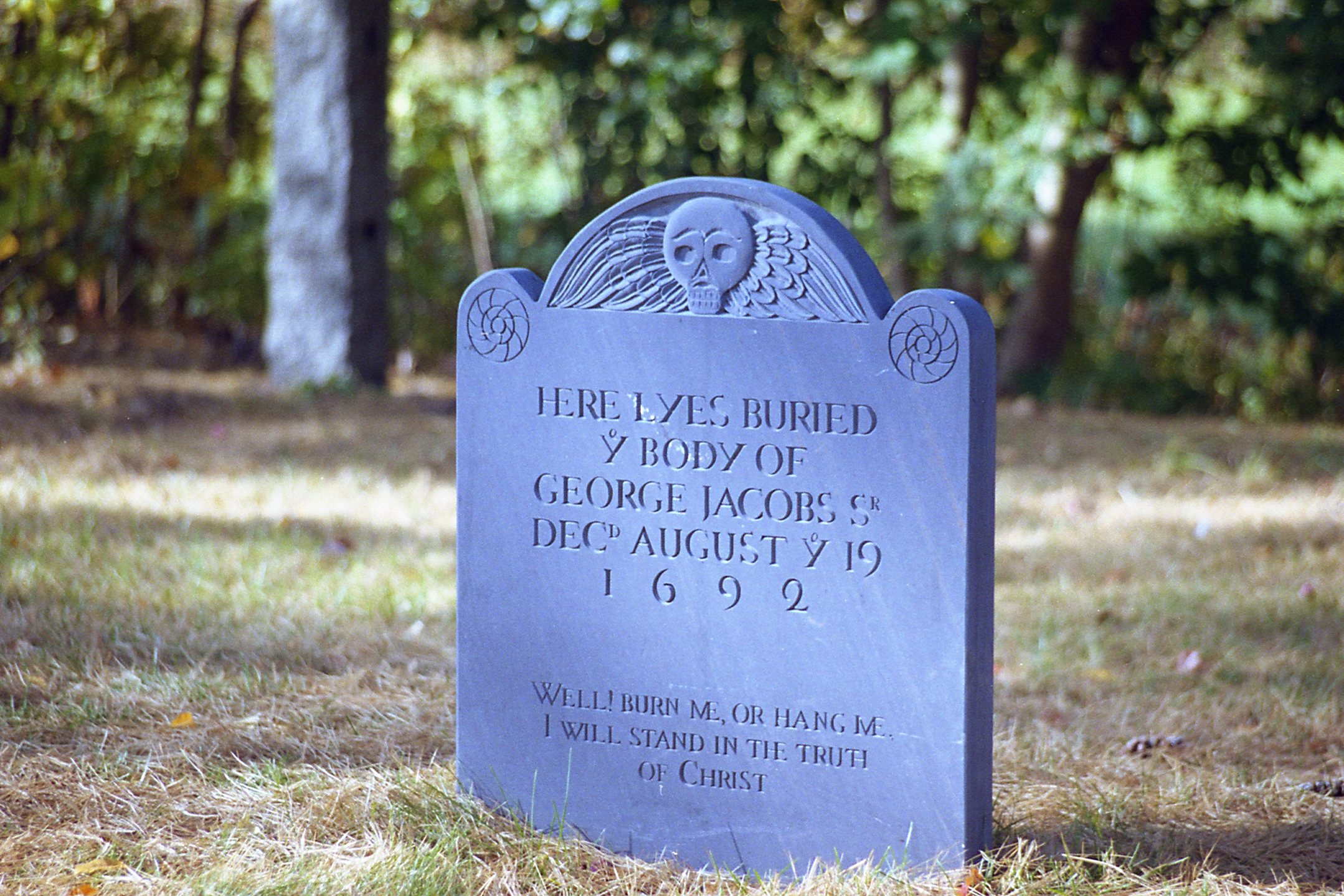 D. Nurse Graveyard. In an unmarked grave lies witchcraft victim Rebecca Nurse. Also present are a monument to Nurse, a tablet remembering the petition of her brave neighbors, and the grave of witchcraft victim George Jacobs.